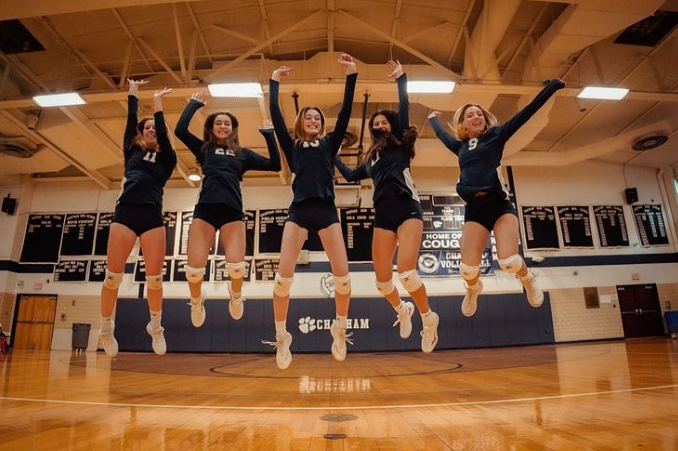 Check out our new “NJP Faces of 2022” as we surprise a few more members of the NJ high school community with our hero honor at https://njpowerranking.com/njp-faces-of-2022/

Do you know all the NJ high school team mascots? Check out our article at https://njpowerranking.com/2022/09/21/school-team-mascots/

Interesting new article reveals some unique game statistics so far for the season as well as some fun at https://njpowerranking.com/2022/09/20/game-analytics-did-you-know/

Still collecting tournament information from this past weekend. A good chunk of it is ready for viewing in our last blog on 9/17 link here… https://njpowerranking.com/2022/09/17/girls-blog-9-17-2/

Our first computer ranking of the season was launched yesterday and is available at https://njpowerranking.com/2022/09/18/njp-computer-ranking-1-for-every-team-in-nj-hs-girls-volleyball/

Our “analytical standings” were launched this week. Here is the link: https://njpowerranking.com/2022/09/18/nj-girls-hs-analytical-standings-as-of-9-18/

We also prepared an NJP version of the “Game Table” which gives easy access to all the individual set scores for every game played sorted by date. Here is that link… https://njpowerranking.com/2022/09/18/nj-hs-girls-volleyball-detailed-game-grid-results/

A quick note… we try to cover as many games as possible and provide recaps and observations for a wide variety of teams. With 330 teams and almost 100 games on any given night, it’s impossible to reach all teams and players. We attempt to share the love to as many teams as possible but please be patient if your team is not covered on a specific night. Greatly appreciated.

Here is a look at tonight’s schedule…

Livingston took a stroll outside the SEC today and got pushed to the limit by Morris Knolls. This match was closer than two birds in a nest. The first set carried the tone for the match with the Lancers nipping the Golden Eagles 28-26. Knolls settled in on their home court and put a great effort together with a convincing 25-19 second set win. Maya Frommelt and Carly Wemmlinger took turns on the attack to bring home the second set win. Camilla Dong posted her season high on both kills and digs (12 and 11). Anika Dhar had 10 kills, Nadia Khalaj had 8 kills, freshman Cadence Sturt had 15 digs (season high), Isabela Ubrig had 34 assists (season high). Livingston fought to the death in set 3, and eked out a 30-28 win. Livingston is now 9-0 and sports one of the best record in the state.

St. Benedict’s in Newark started their girl’s volleyball program just this past year and put together an initial campaign in 2021 with just one win in ten tries. Their second season has been a much different story. Benedict’s improved to 6-1 tonight with a solid straight set win over Rahway. Their only loss this season was a very close match with Lawrenceville. They face a big test when they visit Notre Dame this Saturday for a late morning match. It’s a great Cinderella story for Fall 2022. Go Gray Bees!!

Big UCC-Mountain battle tonight between Union and Summit. Summit came in at 5-1 and has had the hot hand knocking of SPF yesterday. Summit was playing their third match in three days against a Union squad that knocked off Ridge on Monday. We knew this one would be close and the game totally lived up to expectations. Visiting Summit came out strong and prevailed in the first set convincingly 25-13. Ashlynn Berns was just warming up at setter for the Farmers as she began to work her magic with Ezinne Amadi. Amadi was a difference maker for Union as slammed 13 kills and knocked back 8 big blocks to go along with her 3 aces. Berns had 35 assists as well as 2 kills and 3 blocks. Sabrina Guerbi lifted 22 digs for the winners. A great match and effort by both teams.

Also in the UCC, Dayton has been lights out this season and we have been looking forward to the matchup between Sam Janker for the Bulldogs and Sofia DiProfio at Johnson. Tonight was the night and the fans were treated to two very special performances. DiProfio was amazing on the home floor posting 6 blocks, 8 kills, 5 aces, and 2 assists. Allie FitzHarris and Cassandra Gloster combined for 14 kills and 3 aces as well for Johnson but it wasn’t enough to take down Dayton. Janker posted 9 kills and a block, Meghan Kreinberg added 5 kills, and Kate Sousa had 14 helpers to drive the Bulldogs to 8-1.

Bogota blew past a solid Verona team today in straight sets with Ashanna Caviness throwing down another 16 kills and Angelina Buhler adding 10. Bogota is NJP’s #2 team in NJ after the first computer ranking and are now 7-0.

Williamstown has so many weapons and they showed off their talents today against Lenape, winning in straight sets. Lenape held tough in the second set and came close to pushing it to a third but the Braves held on 26-24. Dajah Williams had 14 kills and a block and Julia Schwab had her normal outstanding and versatile performance with 11 digs, 5 kills and 4 aces. Joanna Andrews quarterbacked another Braves win with 22 assists and Mia Owens anchored the D with 12 digs.

4-1 Toms River East dropped by to see Shore foe Southern Regional today and the Rams were not the best hosts. They pummeled the Raiders in straight sets, limiting them to 21 points for the match. It was the Jordyn Hamlin show today as she slashed 14 kills and 2 aces in the win. Jordan already has 72 kills on the young season with the Rams at 8-0.

Leena Tran had 8 kills and Julia Mikucki had 8 aces, 18 assists, and 15 digs to propel Old Bridge to a straight set win over Woodbridge. The Knights are 6-0 and waiting for their big showdown at East Brunswick next Wednesday.

Big win for Hudson Catholic today as they cut down North Bergen in HCIAL league play. The Hawks have struggled a bit compared to their normal dominance in Hudson County. McNair and Union City remain ahead of the Hawks and the stretch run over the next few weeks will dictate seeding in Hudson County tournament play.

The Super 6 strike again as Tenafly runs past Pascack Valley in straight sets. The Tigers are 6-0 and were fueled by Sophia Bell and Rylie Theuerkauf who had 6 kills each and Sofia Tapia who posted 4 blocks and 5 kills. Meghan Koehler had 16 assists and Anna Taufield had 8 digs. Callie Milionis posted 2 blocks and 2 kills for the winners.

Fair Lawn is now 7-0 after bringing down Passaic Valley today. Jess Jardiolin had 21 assists and Gabriela Imburgia was on fire with 14 kills and 7 digs. ash Kingsley had 8 kills and 8 digs for the Cutters in the win.

Villa Walsh welcomed Kinnelon to their gym today in a match that provided more NJAC thrills and chills. The match was tight as drum with Kinnelon prevailing on the first set and Villa Walsh taking the second set. The third went to OT with Walsh prevailing 27-25. Delaney Caughey and Meghan O’Malley were the stars for Villa Walsh on both offense and defense. Delaney scorched 6 kills and put down 5 blocks in the win and Meghan had 4 blocks and 3 kills. Lindsey Mills led the Colts with 15 kills and junior Sophie Pogodin had the best match of her career with 11 kills, 20 big digs, and 3 aces. It will be fun to see the actress/model continue to improve in her breakout junior year.