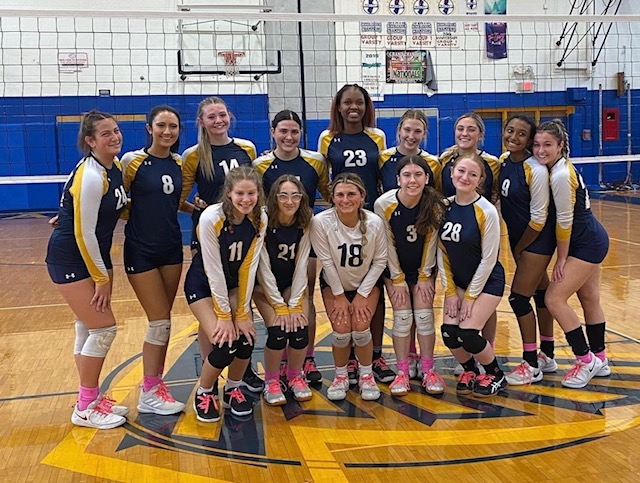 The way we have structured our blog posts this season, it may seem more difficult to navigate to a past article or post on your specific team or player. NJP has a search function on the site that can facilitate finding the content of interest. The magnifying glass shown on the bottom right of this snip below is the spot to go.

Let’s take a look at the South sectional…

Delaware Valley has the number # seed and comes in as a slight favorite here to take Group 1 in the South. Odd to see Johnson, the Union County squad, ending up in the South regional. We have the Crusaders within .20 rating points of the top seed. The math indicates a Delaware Valley/Johnson final but Point Pleasant Beach, the #2 seed, will have something to say about that.

You may ask… How can a team that is 19-1 be listed third in the NJP ranking of this group, lower than teams that are 12-6 and 12-10? Well, the magic of the math is the schedule strength factor we use in our algorithm. The math indicates that the caliber of teams that Pleasantville has encountered this season has been much lower than that of Barnegat or Jackson Liberty. This concept will play out as the tourney persists but the 19 wins will drive higher power points which dictates the seeding. NJP likes Pleasantville and Barnegat to meet in semi-1 and Liberty and Seneca to meet in the semi-2. Seneca is a clear favorite in our eyes as they face the #2 seed in the second round Sterling. We are calling Barnegat and Liberty in the final.

There will be many grids that display a clear difference in the NJP rankings and the seeds. We have reviewed the power point process before and wrote articles about it being, as a general rule, pretty accurate. If all teams played the same number of games, we think it would be pretty tight. But they don’t. The NJP algorithm continually outperforms the seeds in win rate. Our track record speaks for itself over the years but it doesn’t discount that power points are a valid method to determine seeds.

NJP sees the best two teams meeting other in the semi-final 1 with Pinelands facing Toms River South. We do see Pinelands with a tough road ahead as the math shows a probable path of TRE, TRS, and Shawnee. They will need to be focused to avoid any upsets as all three teams have that potential. Shawnee and #2 seed Mainland will be a likely semi-2 match.

The grid was a bit volatile in the round of 16 matches with three underdog seeds winning matches. NJP picked two of those upsets with Cherokee and Eastern. We love Southern to plow through to the final match. And we totally expect Washington Township and Williamstown to meet once again in the other. Despite Southern being a potential undefeated team of the year, the math has slipped back to Williamstown to repeat as South Group 4 champs. They have been razor sharp of late and the algorithm is favoring them in the grid. Kudos to WWPS for getting past a very good Lenape team to advance.

North 1, Group 2 features three top 10 teams as well numerous other top 40 teams in the NJP rankings. It has many of the Big North powers as well as Sparta from the NJAC. The quarter final matches have some awesome match-ups including Pascack Valley against Pascack Hills and Old Tappan against Demarest. We expect Sparta to get past Jefferson and then have their hands filled in the semi-final which could go three sets no matter which team takes it. River Dell, our top pick in this group, will play a tough Ramsey squad who they beat convincingly during the season and one of the Pascack teams. They have defeated Hills twice this season in matches that were not close. Crazy talented group for the “2” level.

N1G3, is an interesting collection of North Jersey squads led by Tenafly who is a clear favorite to win a North 1, Group 3 Championship. Tenafly is a powerhouse featuring what we call the “super six”, the 6 top players on the Tigers squad who held the key to their success all season. The #6 seed, Roxbury, has risen up through the ranks recently when their standout senior Victoria Latino returned to the squad after missing the first month of the season. Roxbury has a 26.49 rating since her return and could be a formidable challenge to the Tigers in a potential matchup in the finale. Roxbury will face the Morris County finalist and red hot Morris Knolls Golden Eagles in the quarters, a great match up of NJAC foes. But we do expect ROX to come away with what we will call “an upset” win. The battle of Wayne will take place in one of the quarters with Valley against Hills in an evenly matched and expected three set encounter. #7 seed Northern Highlands can be a dangerous assignment for #2 Paramus and we again think this will be a 3-setter. Paramus has had a great season despite 8 losses on the year. Most of their losses were to top flight teams. And they pulled of wins over Bergen Tech, Fair Lawn, and Lodi Immaculate in addition to defeating Northern Highlands in three sets earlier in the year. But the 3-set win indicates this will be a very close game. We anticipate a Tenafly vs. Roxbury final with the Tigers prevailing.

N1G4 is such an interesting combination of Big North and SEC teams, with a couple of stragglers from Hudson County and the NJAC.

Bergen Tech at 23-2 is our pick to emerge as winner from this group. They have had an amazing season and have been a top 10 NJP team in the rankings for several weeks. Livingston has had an outstanding year as well at 21-2 and got off to the hottest start of any team in NJ. There are plenty of other talented teams in the grid. Morristown can easily be a sleeper in this group and Ridgewood has the talent to play close with any team in NJ. Throw Fair Lawn in there and this is really a very competitive group. We expect Bergen Tech and Ridgewood to be in semi-1 and Fair Lawn and Livingston in semi-2. We do feel that the Knights from Bergen Tech will bringing home the crown when the dust settles but do expect some very competitive and three sets matches in the semi’s.

North 2 and Non-Public analysis will be featured in tomorrow’s blog.